People often ask me where the idea for the Coordinated Shooting Method (CSM) came from. I usually just say that it evolved over many years spent as an apprentice, a shooter, and as a coach. Now that I really think about it, CSM has taken almost 60 years to come about.

I had the good fortune to apprentice with Edward Chadfield of the Yeaveley Shooting School, which he founded in 1957. By the time I was old enough to start shooting, Edward had been teaching wing shooting and sporting clays for a number of years. He took me on as a student and later, as his only apprentice.

Over the years, Edward had come to the conclusion that the standard wing shooting techniques of the day were unreliable for teaching sporting clays. He developed his own unique style and method of teaching that I like to call the Chadfield Method of Perceptive Shooting. He did not rely on teaching by method (pull away, pass through, sustained, or other). Rather, he encouraged each student to decide where to “miss it to hit it”, and he quickly realized that harnessing the perception of each student was a more effective and powerful way to teach.

Unfortunately, Edward never wrote a book about his teaching style and theories. I was able to learn from him directly and take his ideas forward and incorporate them into my own teaching philosophy, which has evolved a great deal since I came to the U.S. in 1991.

In 2013, I finally decided to try to put my teaching philosophy and style down on paper. I soon realized that the task was easier said than done. Even though I have helped a vast number of students over the years, and coached a few world champions, I did not have a simple, consistent and concise message. The real challenge came in trying to figure out how to make the necessary changes. I can honestly say that few things in my professional career have been more challenging than this.

I consulted a colleague of mine, Rhonda Young, who has a degree in recreation and asked her to read over some of the literature regarding shooting instruction and take a few lessons to get her opinion. Her opinion was that we should create a shooting instruction program that was designed like an outdoor recreation program. We decided that we could incorporate Edward Chadfield’s ideas, add my teaching philosophy, and create a new style of teaching that focuses on the learning process, rather than strict adherence to methods.

The result was the Coordinated Shooting Method, which really isn’t a method at all. It is however, a teaching style and program that is based on sound shooting theory, modern, effective, teaching skills, leadership, and best practices for all three.

It has taken many years, and the work and contributions of countless students, friends and colleagues to make CSM a reality. I can honestly say that I think it will remain, 60 years on, a work in progress. 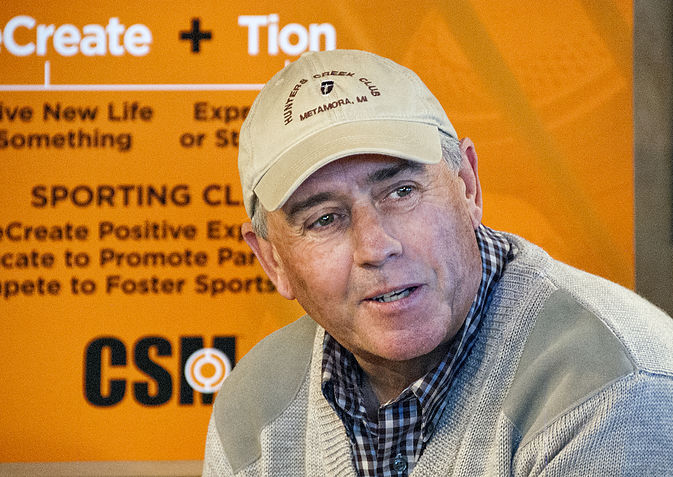 I cannot thank John enough for this fantastic system. The more I use it and customize it to me, the easier and more repetitive it becomes.

After applying the philosophy and principals of CSM, I am a believer!

The program lays new ground in clays shooting instruction — particularly for the encouragement and success of beginners.